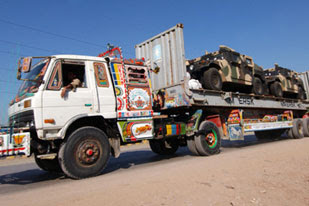 Indus Herald Exclusive Report: Federal Tax Ombudsman investigation report reveals that the abuse of the Afghanistan Transit Trade has been massive. It was estimated that at least 7,922 transit containers were pilfered within Pakistan between the years 2007-2010. The estimated loss to the national exchequer during that period, based on 7,922 containers, was worked out at Rs.19 billion. The investigation report said that it could be just a tip of the iceberg.
The infamous containers case came to the fore once again when former Sindh senior minister Zulfiqar Mirza alleged that an MQM ex-federal minister Babar Ghauri was behind the disappearance of several NATO containers carrying heavy arms and ammunition. The MQM has not yet come up with any clarification nor has the government appointed any specific inquiry commission to investigate this or any of the other serious allegations by Zulfiqar Mirza against MQM and federal Interior Minister Rehman Malik.

The NATO containers case dates back to April 8, 2010 when the Directorate General of Customs Intelligence, after receiving specific information that a container No. SOLU7066253 with miss-declared goods had left Karachi for Peshawar, registered a case FIR 40/2010 at I & P Branch, Customs House, Peshawar. On April 10, 2010, two persons (a Customs Clearing Agent of M/s Tayyaba Agencies and a transporter of 39 M/s Umair International) were arrested from Karachi. During interrogation, the Clearing Agent confirmed that the container belonged to M/s Lunar Products, Kabul, Afghanistan. On April 13, 2010, the said container was found in a dismantled condition on Ring Road, Peshawar. The proprietor of the said premises was also arrested. Further investigations had revealed that several other Afghanistan bound NATO containers had left Karachi but had never crossed the border. Several other misappropriations and illegal activities were also discovered. 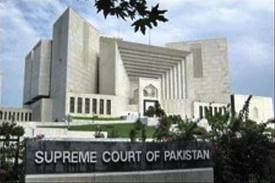 It may be recalled that the Supreme Court of Pakistan had taken suo moto action in the case. In the Case No. 16/2010 regarding “ISAF Container Scam”, the Supreme Court vide No. 16/2010–SMC dated October 7, 2010 referred the matter, under Section 9 of the Establishment of the Office of Federal Tax Ombudsman Ordinance, 2000, for investigation to the Federal Tax Ombudsman. Incorporated in the Supreme Court’s Order was a set of 14 specific questions ranging from the nature and extent of misuse of transit trade facilities, procedural vulnerabilities causing the misuse and fixing responsibility thereof to suggesting effective countermeasures to control such scams in future.
The investigations found out that there have been a series of serious organized scams since the years 2004-2005 and senior officers of Customs were all along fully aware what was going on. These were not isolated incidents but all part of normative behavior of the unscrupulous Customs officials. What is really disturbing is that rather than taking appropriate measures to prevent such scams, the FBR’s response was mainly to set up ‘fact finding committees’ to buy time to confuse the real issues.
The investigations found out that the abuse of the Afghanistan Transit Trade was massive, though difficult to quantify with a high degree of precision. It was estimated that at least 7,922 transit containers were pilfered within Pakistan between the years 2007-2010. The estimated loss to the national exchequer during that period, based on 7,922 containers, was worked out at Rs.19 billion. The investigation report said that it could be just a tip of the iceberg.
The Office of the Federal Tax Ombudsman submitted its report on 10th January 2011. Indus Herald has received the full text of the report and it is reproduced here: 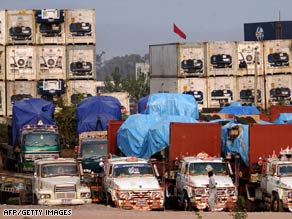