In Pakistan, a Christian Woman Gets Death for Blasphemy

This is outrageous. The people must stand up and stop this nonsense. This women should immediately be set free and the judge should be arrested and prosecuted for such unjust, harsh and uncalled for verdict. This should not happen in the name of religion. 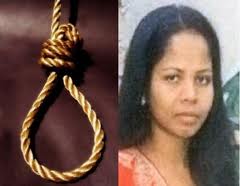 According to news reports:


LAHORE: A court has sentenced to death a Christian woman for blasphemy, the first such conviction of a woman and sparking protests from rights groups on Thursday.

A local court in Nankana district sentenced Aasia Bibi, 45, on Monday, but the country has never executed anyone for blasphemy.

Aasia’s case dates back to June 2009 when she was asked to fetch water while out in fields. But a group of Muslim women labourers objected, saying that as a non-Muslim, she should not touch the water bowl.

A few days later the women went to a local cleric and alleged that Aasia made derogatory remarks about the religious personalities. The cleric went to local police, which opened an investigation.

She was arrested in Ittanwalai village and prosecuted under Section 295C of the Pakistan Penal Code, which carries the death penalty.

Sentencing her to hang, Judge Naveed Iqbal totally ruled out any chance that Aasia was falsely implicated and said there were no mitigating circumstances.

Her husband Ashiq Masih said the case was baseless and he would file an appeal. afp
Posted by Aziz Narejo at 12:45 AM