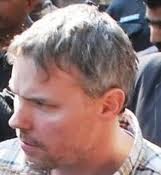 Although the Foreign Office has confessed in the Punjab High Court of having no record that can be used to give Raymond Davis the required diplomatic immunity to save him from the charge of double murder in Lahore, the question still persists why our worthy agencies had lost his track when he was issued visa on documents of an under cover agent and also that what several other US staffers are doing in Pakistan who are presently 'working' in Pakistan but have not been issued diplomatic card so far.
The issue on the legal front was finally resolved when Pakistan’s foreign office made it clear that it had no record so far that proved Raymond Davis a US diplomat. The confession made it clear that Raymond will have to face the trial in the double murder case and meet whatever fate as a consequence. It also indicated that all earlier claims of government pressure on the FO to declare Raymond a diplomat were without a substance. Contrarily the issue still needed to answer some questions: the documents available at the Foreign office clearly show that Raymond was issued work card by US Consulate Peshawar No 481951 in category E of the staff, but how suddenly he landed in Lahore, ending up as an accused in the double murder witnessed by dozens of people.
A reminder for giving diplomatic status to the staff members at Islamabad Chancery and/or Consulates at Lahore and Peshawar was sent to Ministry of Foreign Affairs on January 25, 2011 carrying the names of 48 people (list is also posted), but the name of Mr. Davis was missing from that list. The status of the people in the list was not clear; however 17 members were issued diplomatic status while cases of the rest are pending.
Three days later, on the early morning of 28th January 2011, another list containing 55 names including some from the previous list was hurriedly sent to the Ministry of Foreign Affairs, and Raymond was included in the list (List is also posted. He is at no. 5 in the list). The list contained names of staffers working at Lahore Consulate. According to the list, diplomatic status was claimed for Raymond Davis on January 20th, 2010. This shows that the US Embassy in Islamabad mishandled the issue at very early stage and thus complicated the situation.
According to the second list, Raymond Davis could be covered only under Vienna Convention on Consular Relations and not under Vienna Convention on Diplomatic Relations. Since the Convention on Consular Relations does not give immunity from the criminal acts, therefore the Embassy sent another communication on January 28th. The letter No 434/11 declared Raymond Davis a diplomat and member of technical staff at the US Embassy in Islamabad.
“The Embassy itself was not clear on the issue of Raymond Davis, how come we could have issued him diplomatic status short after the Lahore incident” said a foreign office official adding that the FO, immediately after the incident took place, asked US Embassy at Islamabad to clear the situation.  Indeed, the diplomatic status was asked for Mr. Davis in January 2010, but we asked certain questions regarding his background and no response what so ever was given by the embassy, the FO officials’ maintained. Reason for posing some questions from the Foreign Office was obvious; the record provided clearly indicated that he was a contractor of the Department of Defense (DoD) with cover from the Department of Veteran Affairs.
A US Embassy official on condition of anonymity observed that the two cards provided with record of Davis, i.e., the DoD Contractor Card, and the card issued by Department of Veterans Affairs are clear indication in the US diplomatic system that the holder of the card is a retired military personnel, but now an under cover agent of CIA. The person having two cards can be moved or deputed by the CIA any where in the world, and Pakistani agencies are aware of these facts, he added.

This is the point where serious questions on the performance of the agencies arise. The record was available, but no check on his movement was placed, sources in the foreign ministry have confessed. He was an under cover agent, but was moving freely, probably under the agreement on joint command and control system made by General Musharraf, sources added. By virtue of a criminal act of the murder of two Pakistanis, Raymond Davis is nabbed, but what about other US spies/operatives? The lists attached clearly suggest few names having the same credentials are still in Pakistan, they move quite freely, but they still are waiting for some clear status. Whether a check on their movement is placed or not is not clear so far. Foreign Office sources observed that ‘around 70 to 80 more US officials with dubious status are present in Pakistan and are waiting for their status, and what these operatives are doing on our soil is still not clear'.
Posted by Aziz Narejo at 7:20 PM