Punjab Government Suggests Closure of the Foreign Funded Program
By: Aijaz Ahmed
Corruption and financial irregularities don’t seem to be limited to an individual or a single political party in Pakistan. One very often hears about the fabled corruption of the president of Pakistan and co-chairperson of PPP and also about the gross irregularities, mismanagement and corruption in the federal government. The accusers among others include the PML-N leaders who claim running a very clean government in the Punjab, the largest province in Pakistan. But as this report suggests their hands are not as clean either. They have engaged in financial irregularities and also seem to be playing gimmicks for short-term political gains at the cost of the welfare of the common men.
The much-hyped clean government of the iron man # 2, Mian Shahbaz Sharif has been involved in certain gross financial irregularities, which have been strongly defended by party stalwarts with politics of counter allegations against their opponents.
In one instance, the provincial government tried to replace the federal governments’ initiative of financial support through Benazir Income Support Program with its own food stamp program, which proved a big failure. “Sasta Ramzan Bazar” (Cheap Ramzaan Bazaar) was another example of political gimmicks. During that program, large numbers of people would come to the distribution centers to get cheap wheat flour even in the posh localities of the major cities of Punjab. Several innocent people lost their lives in the stampedes caused due to the mismanagement by the authorities.
The Punjab government also redirected development funds allocated for the Southern Punjab towards such schemes having no real impact or benefit for the common men. The State Bank figures indicated that more than 70% of the development funds for Siraiki region were shifted to these programs. The “Sasti Roti” (Cheap Bread) Scheme also received severe criticism from across the country on this account. 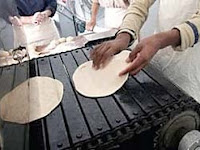 The PML-N leadership blamed the federal government for the failure of the “Sasti Roti” Scheme. It became a major source of tension between the provincial government and the former Governor late Salman Taseer.
The scheme ate up a sum of 38 billion rupees in total, and according to the provincial government sources, major spending came from the projects initiated either by the federal government itself or through foreign funding. The Punjab government finally scrapped the Sasti Roti scheme after the Rs7.85 billion-loan debt accrued from commercial banks was left unpaid by the food department owing to non-provision of funds earmarked in the financial years 2009-10 and 2010-11. 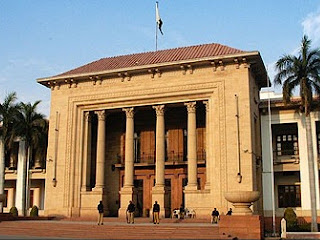