MQM Protest Over Bhatta Collection (Extortion)! Wow! All Of Them Must Carry Mirrors In Their Hands! 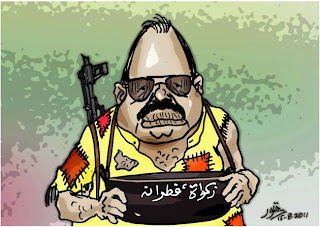 The joke of the day in Karachi: MQM is to observe protest over bhatta collection (extortion)! This should give new meanings to the words hypocrisy, deception and blackmail. The party is generally believed to be the champions in the bhatta collection in the Sindh capital and Pakistan's largest metropolis, Karachi. Their protest is like Taliban protesting the suicide bombing, Jamaat Islami calling for death sentence to Aafia Siddiqui or Advani of BJP and Bal Thakrey of Shiv Sena calling for restoration of Babri Mosque at the controversial 'birthplace' of Rama in Ayodhiya, India! What else could be more unthinkable or absurd?

But it provides a good opportunity to the government, law enforcing departments and the Supreme Court to hold a robust inquiry into the bhatta collection (extortion) in Karachi, Sindh. Although nobody would expect it from Zardari led most opportunist government or highly biased justice system in the country.

So continue to suffer at the hands of the murderers, blackmailers and bhattakhors (extortionists) and look for some more spectacles from the terrorist outfit of MQM and the inept PPP, the two coalition partners in the provincial government of Sindh and the federal government of Pakistan.
Posted by Aziz Narejo at 11:36 PM