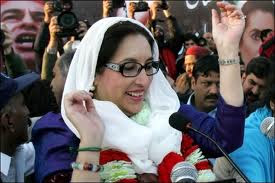 It is extremely disappointing to see that instead of pursuing vigorously the Benazir Bhutto murder case, the PPP government is making all out efforts to obstruct the investigation into the case and impede a fair trial. It was expected that the PPP government, immediately after coming to power, would order a robust investigation in the case and will forcefully go after the killers of its leader Benazir Bhutto. But as the news reports indicate, it is instead going after the upright investigation officers and the prosecutors who have worked hard to build a strong case.

It was mentioned in an earlier post on this blog that according to news reports, the interior minister Rehman Malik, who is a close confidant of president Zardari, was ‘furious’ over the inclusion of former military dictator Pervez Musharraf’s name in the murder case. He had inquired from the head of the FIA’s Joint Investigation Team as to who had given him permission to include Musharraf’s name in the case. It was feared that the official might soon be sacked.
Reports now say that JIT official Khalid Qureshi has been removed from the position. It is also reported that the government may also sack Chief Prosecutor, Chaudhry Zulfiqar Ali. With the efforts of these two officers the case may have moved in a direction that might have helped the courts to punish the killers and the conspirators. The court had issued summons for Musharraf to appear in the court. Now it is reported that the FIA, on the orders of ‘higher’ authorities have requested the court to stop proceedings against Musharraf. 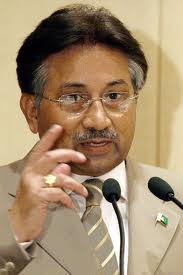 The present government as well as the main opposition party, PML (N) must understand that to strengthen democracy in the country, it is important to uncover and punish the people responsible for the assassination of PPP leader and former Prime Minister Benazir Bhutto. Not only that but the people responsible for the murders of Baloch leader Akber Bugti and Murtaza Bhutto should also be prosecuted. If it is not done, the democracy in the country would always remain fragile and the so-called establishment would maintain its sway. 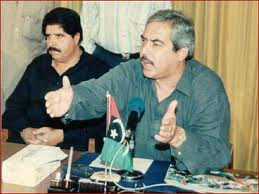 It is expected that all pro-democracy political parties, political workers, activists, civil society leadership, writers and intellectuals should press for a genuine effort to prosecute the culprits involved in political murders in the country.

(Photos taken from internet).
Posted by Aziz Narejo at 12:40 AM