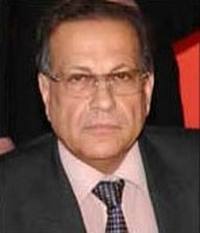 The assassination of Punjab Governor Salman Taseer has spread fear and terror among people. A killer has been made hero and the victim as a villain in the name of blasphemy law. Religious parties of the country have intensified their activities in the wake of the                 Governor's assassination. They don't care about the country's image abroad and the cost anyway. People are not ready to discuss the issue of blasphemy saying it's a sensitive issue.


Lawyers of Rawalpindi forced a judge of an anti-terrorism court not to leave for the capital to hear the case. Finally, police shifted the accused to Rawalpindi to present him before the judge. Lawyers and activists of some religious parties placed garlands of roses around the killer's neck. They showered him with flower petals and kissed him. According to a PPP minister, lawyers who garlanded the killer belonged to the PML-N.


Over 300 lawyers signed legal documents expressing their willingness to defend the killer. But no public prosecutor came forward to plead the case of the assassinated governor because of fear.


One newspaper reported that Qadri was a mercenary killer and paid to carry out the murder. He was given an assurance that his family would be looked after if anything happened to him or if he was convicted. Sources said announcements had been made about bounty to be paid to the killer and the amount offered totaled Rs40 million.


The Punjab governor's murder is seen as an act of religious fanaticism. The roots of the menace can be traced back to the Zia era. Earlier it was considered that madressahs (religious seminaries) served as breeding grounds for producing fanatics. But profiles of 9/11 terrorists, Times Square bomber, the killer of journalist Daniel Pearl proved that all of them had not studied in madressahs. The killer of Punjab governor had also not studied in madressah.


Can we hold curriculum being taught from primary to university-level education in Pakistan responsible for terrorism? No. Ahmed Omar Saeed Sheikh, the killer of Daniel Pearl, had studied in the London School of Economics.


Then what instigated them to be a fanatic? What are sources and forces of hate in Pakistan?

There has been no doubt that hate missions are very much institutionalized and billions of rupees are spent on them. Some foreign countries are also funding millions of rupees to groups involved in acts of militancy.

There are parties openly propagating extremist ideology of Abdul Wahab of Saudi Arabia. There are parties, which display photos of Khomeini of Iran in their processions and public meetings. They give preference to violence over dialogue to further their agendas.

Wahabi-leaning religious parties are getting funding from Saudi Arabia and some Shia parties from Iran. Then they must be loyal to countries from where they are getting money.

There are no militant and terrorist groups in Saudi Arabia. No one is tolerated to bear arms in Iran other than the Iranian army. Then why such groups have been allowed to operate in Pakistan since the country's Constitution does not allow armed groups other than the Pakistan Army?


According to some analysts, the security establishment considers jihadis their assets. The establishment wants to use them for bargaining with the USA, Afghanistan and India. The fundamentalist can easily be used to destabilize civilian governments.


Thousands of foreign militants have also taken refuge in Pakistan. The nexus between non-state armed groups and religious parties is now open secret. There is no difference between the agenda of Al Quad and religious parties. Al Quad is anti-democracy and wants to replace ‘westernized’ systems through jihad. Pakistan’s religious parties always opt for short cuts and work as B teams of martial laws.


Al Qaeda believes in bullet and religious parties have also formed their militias to implement their agenda. Sunnis and Shias have their own militias. They occasionally use their weapons and kill people belonging to other sects. The religious fundamentalism has virtually taken over Pakistan. The country can expect serious consequences if the monster of extremism is not addressed on a priority basis.
Posted by Aziz Narejo at 9:18 PM