27th December: Get Ready For Another Zardari-Rehman Malik Drama 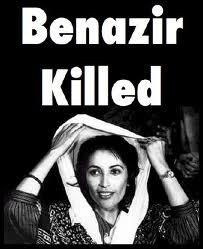 27th December is almost upon us. Get ready for another Zardari-Rehman Malik drama about “catching” & “punishing” the “killers of Shaheed BB”. It is about 4 years since the PPP chairperson was assassinated in Pak Army town, Rawalpindi. Her party, led by her widower & son, has been in power for 3 years & 9 months since then. First they delayed any meaningful investigation in the name of UN probe. When UN commission submitted its report, they rejected it & refused to act on it. Then they said they would hold their own inquiry. Now their hand-maiden report is ready since more than a year but they won’t publish or disclose it in full. Last year, they delayed the arrival of the 'son' in Garhi Khuda Bux for a day & issued an statement afterwards that since he couldn't attend the party CEC meeting, the report could not be announced on BB’s 3rd death anniversary.
In between, they have not shown any seriousness to go after the killers. Instead they have been seen as an impediment in the case being heard in a Rawalpindi court. They have transferred, harassed or offered no cooperation to the public prosecutor & the judge. They haven’t done a thing to oblige the court order to bring ex-military dictator Musharraf to the country to appear before the court, as he is the main accused. What new drama this year? Wait & see! 27th December is not too far away.
Posted by Aziz Narejo at 10:42 PM