Zardari Survives? But At What Cost? How Long? 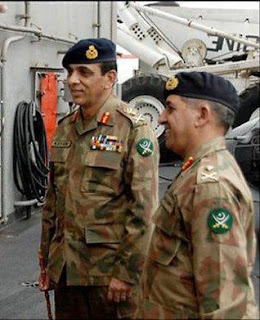 Looks Zardari has survived another attack. This time it seemed to be fatal one. There must have been some collateral damage. Soon we may know its extent. But no one should be complacent. This will by no means be the last attack against the president & the democratic system by his haters & anti democracy forces. They might have already put the things in process for their next move.
It is for certain that the things will remain the way they have been for long until some basic questions are addressed. The powers that be have to be reined in. They have to be made to respect the Constitution. The national question will have to be settled. And the provinces will have to be given their full rights.
Posted by Aziz Narejo at 10:56 PM

Email ThisBlogThis!Share to TwitterShare to FacebookShare to Pinterest
Labels: Indus Herald, Pakistan, Powers that be, Zardari