What Is Going On In Dubai? Presence Of Several Pakistani Leaders, Their Associates, US Officials, Raises Questions 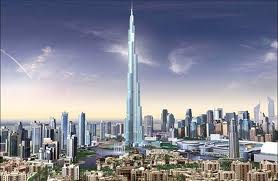 What is really going on in Dubai? Is any work underway on a new "Dubai Plan"? Many Pakistani politicians are either in Dubai these days or have visited the city recently. It has taken over from London, UK the position of being a place where most of the Pakistan related activities take place & deals are made. PPP-Musharraf deal was finalized in Dubai in 2007. Many other important meetings & negotiations have taken place in the city since then & before that.
Some reports say "anti-America", "Mr. Clean", Imran Khan along with turncoat Shah Mehmood Qureshi met with US general David Petraeus in Dubai on 29th November. The meeting is said to have lasted about 5 hours.
Zardari & some of his close associates are in Dubai. Musharraf along with his close aids is still in Dubai or was there until very recently. Musharraf’s party man, Dr Arjumand Hashmi, who is Mayor of Paris, a small Texas town has traveled to Dubai too. It was reported that he would join Zardari’s doctors’ team! Maverick doctor-politician is also a friend of PTI chief Imran Khan. IK has visited him in Paris, TX as has Musharraf.
So what is really happening there? Is any new alignment being discussed for a coalition after next elections? Imran Khan & Musharraf to be included in the new coalition?
Posted by Aziz Narejo at 8:48 PM